Where to Find Agates: The Ultimate Guide

Agates are beautiful and unique rocks. They are also among the most prevalent rocks on the planet. It means that if you know where to look, you can find them almost anywhere in the world! There are numerous varieties of agates, and some can only be found in specific locations. In contrast, others can be found in many different places. So where can you find agates?

But because they are so widespread, you need to know exactly where they are found in each country and state to save time and effort. There are specific spots known for having agates, and those are the locations you need to start from. Some are public, but others are private and prohibit rockhounding (or, in some cases, a fee needs to be paid).

Table Of Contents
Where Can You Discover Agates in America?
Where in Europe and the Rest of the World Can You Find Agates?
Where Should You Look for Agate?
Frequently Asked Questions About Where to Find Agates 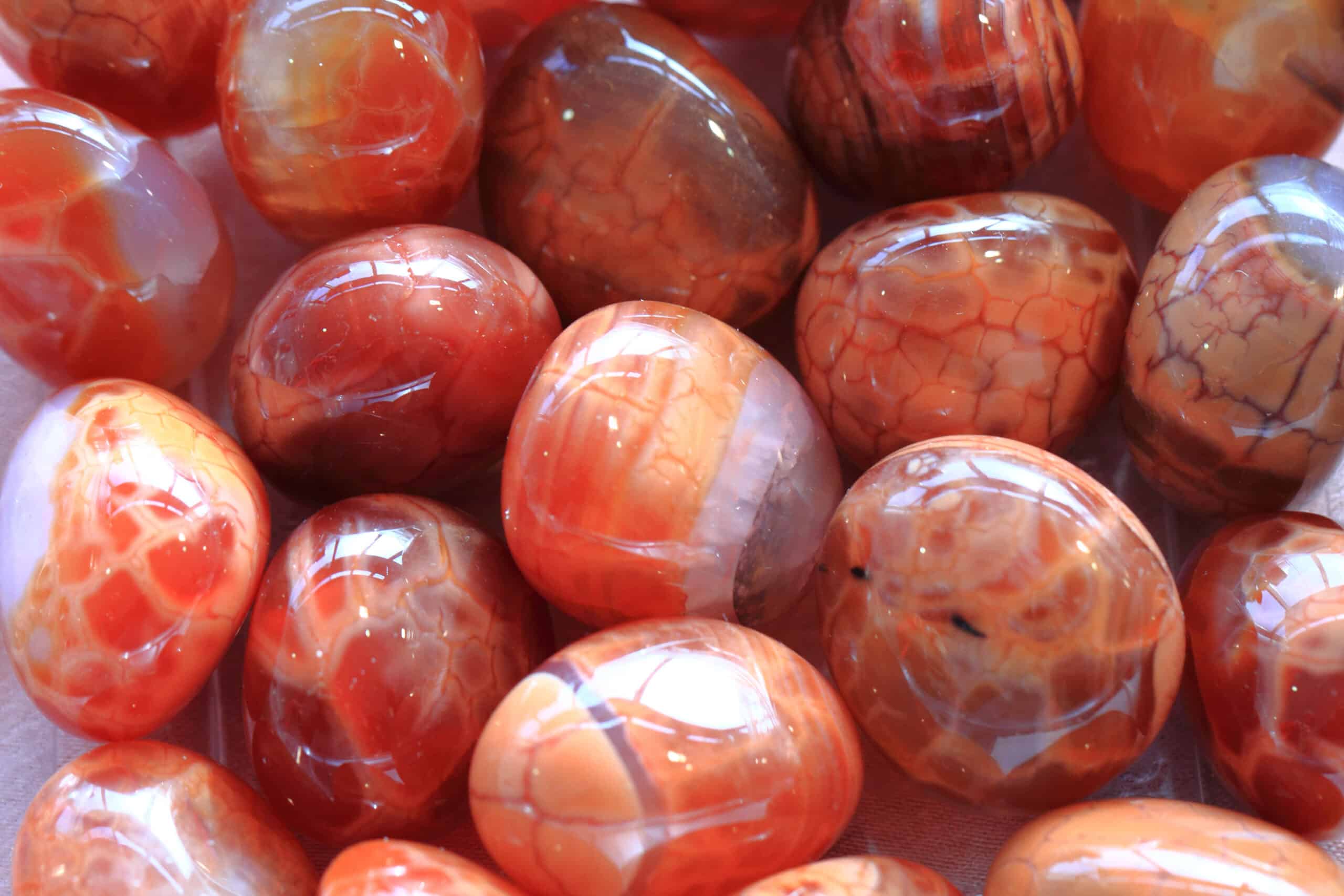 Where Can You Discover Agates in America?

This lake is accessible from three states: northwestern Wisconsin, northeastern Minnesota, and northern Michigan. It is also found in Canada near Thunder Bay. Thunder Bay is on one of the shores of Lake Superior.

Its red, orange or yellow bands can distinguish this agate from other agates. The colors usually have white bands in between them. The redness comes from iron that leeches into the agate from other rocks and oxidizes. Oxidation and iron concentration are the primary factors determining the bands’ colors and intensities.

Below are some of the most significant places in all three states to find agates from Lake Superior. 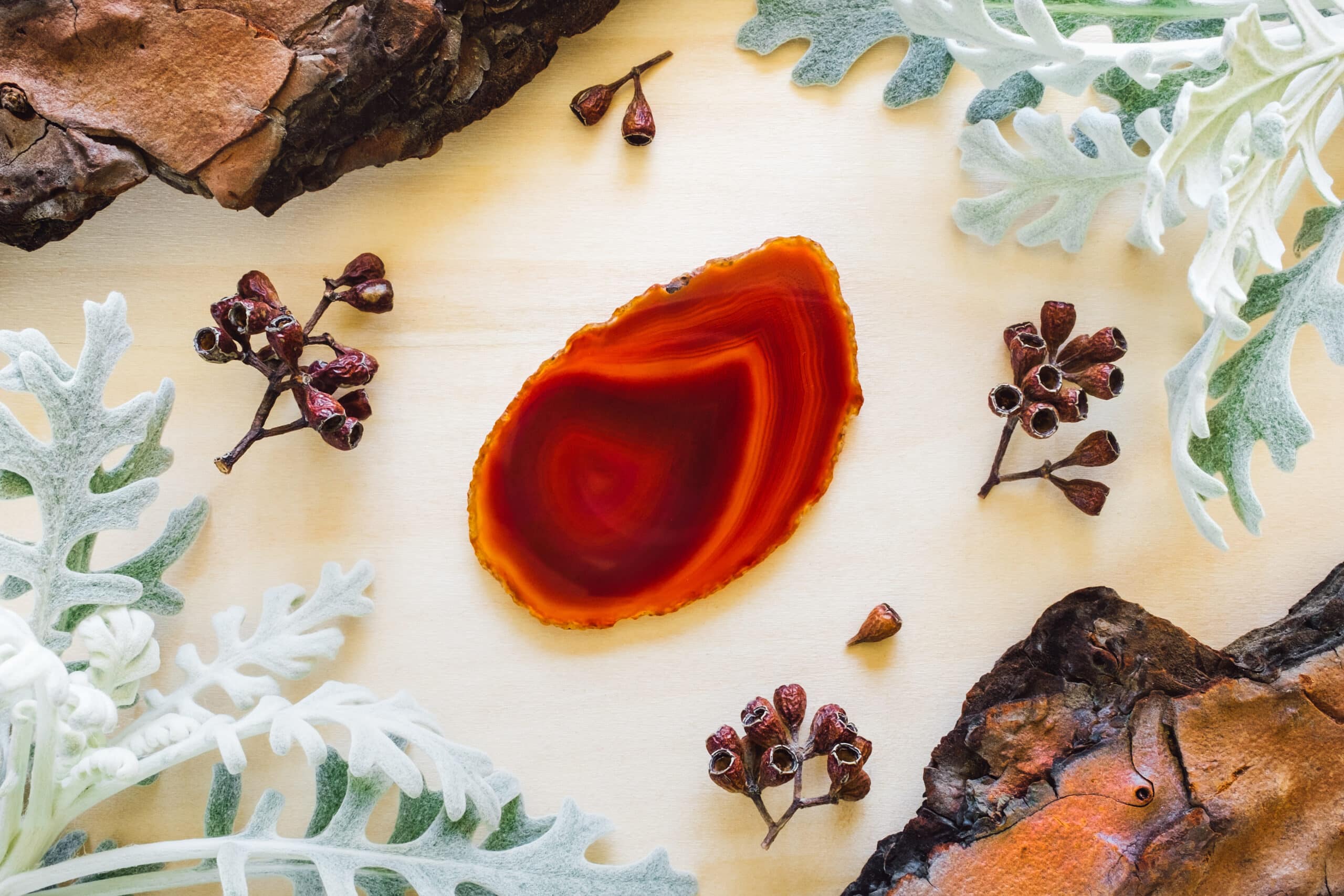 Another type of agate found in the United States is fire agate. This variety of agate can be found in Mexico, Arizona, California, and New Mexico regions.

Fire agate is a type of stone that has a reddish-brown color. But looking at it from different angles, you can see beautiful colors like orange, gold, and green. It is called iridescence. People often compare the iridescence in fire agate to opal.

There are many types of rocks near the south-eastern border of Arizona and Mexico. These rocks include agates, obsidian, carnelian, thundereggs, jaspers, azurite, rhyolite, malachite, and chrysocolla. In other parts of Arizona, you can find peridot, amethyst, jade, opal, petrified wood, and turquoise.

It can be found in various locations, some of which are private mines that may not be accessed. Others are public rock-hunting locations where you can excavate whenever you wish.

Here are some of the more visible locations:

You can find rocks at these sites, but you don’t have to worry that you won’t find any agates. Annual rainfalls help to reveal new rocks every year. And since these places are so significant, there are probably areas that haven’t even been explored yet.

There are many public rockhounding sites in Oregon. Most of these sites are managed by the BLM and open to rockhounds. These sites include:

Oregon is a great place to find rocks. It is because it is close to the ocean. The ocean has brought in a lot of rocks and minerals over time. You can find rocks in many places, including those mentioned above.

In Oregon, the Willamette River and its tributaries flow through forests, deserts, and the coast. It is a great place to find all sorts of rocks like agates, thundereggs, jaspers, petrified wood, fossils, obsidian, and more. You can even see a map that tells you where to look for rocks in Oregon. 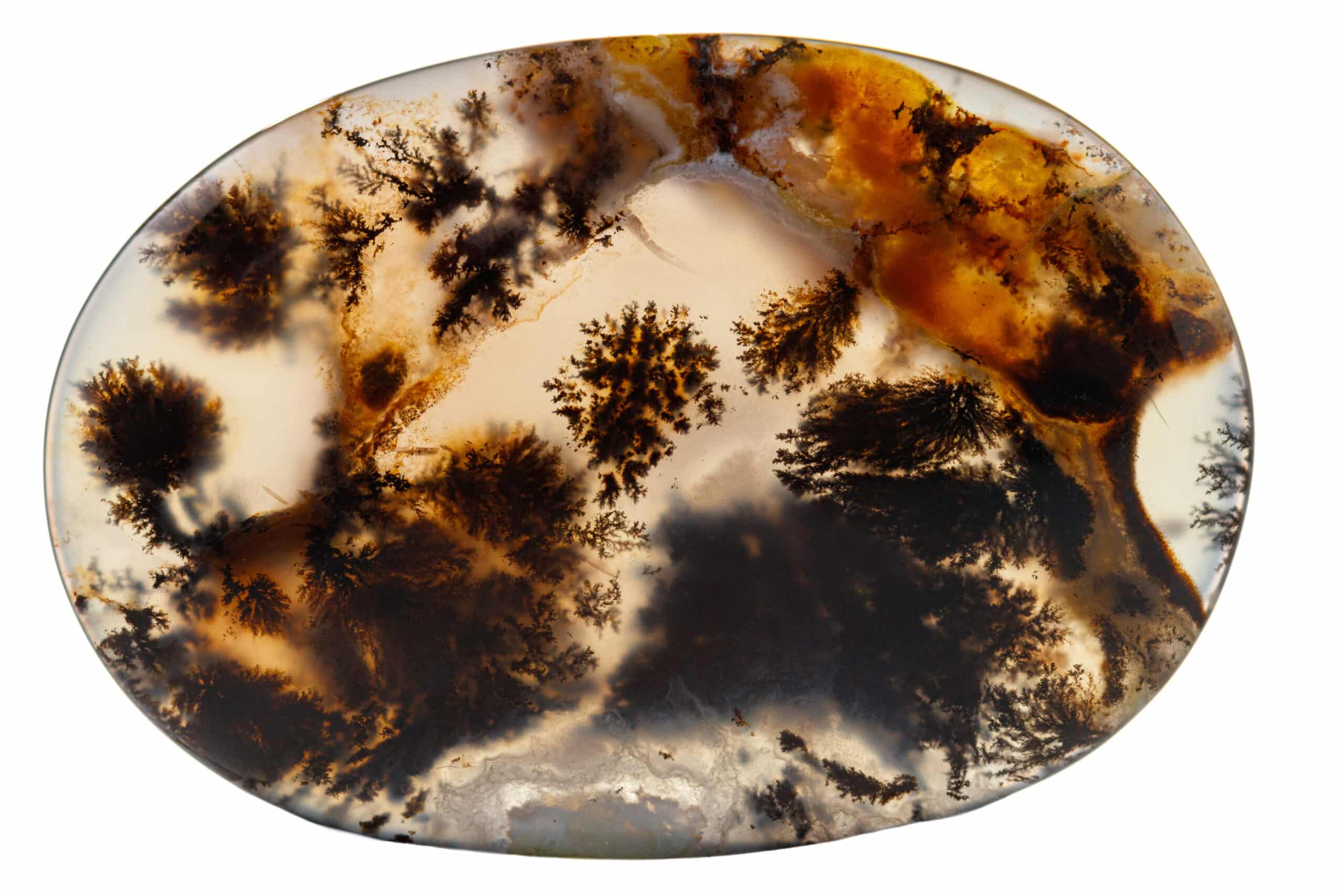 The “Montana Moss Agate” is an exciting agate that can be found in the Yellowstone region, especially in Yellowstone National Park. It is translucent and orange/brown with black dendrites.

Montana is quite famous for its agates, which have been one of its official state gemstones since 1969.

Another type of agate found in Montana is the “Dryhead Agate.” It is often seen as nodules, balls of the stone, with red, orange, white, and brown fortification banding around darker colors. They are usually found near the Big Horn River and the Pryor Mountains.

Another type of agate is the “Mojave Blue” agate, found in California’s the Mojave Desert. It is commonly used in jewelry and has a blue/blue-grey tint. Agates are very abundant along the California coast. This map shows the main locations.

Where in Europe and the Rest of the World Can You Find Agates?

Agates can be found in almost every European country. The chart below shows where agates have been found in the past.

Australia is well-known for its unique agates. These agates have brilliant colors and patterns, many of which come from Agate Creek in Northern Queensland. Some of the agates from this area have different colors depending on which side the rock is illuminated from.

The majority of agates come from Brazil and Uruguay. They are primarily found in the Rio Grande do Sul region of Brazil. Other Brazilian states that produce a lot of agates include Minas Gerais, Goiás, Pará, Piauí, Paraíba, and the Tocantins. 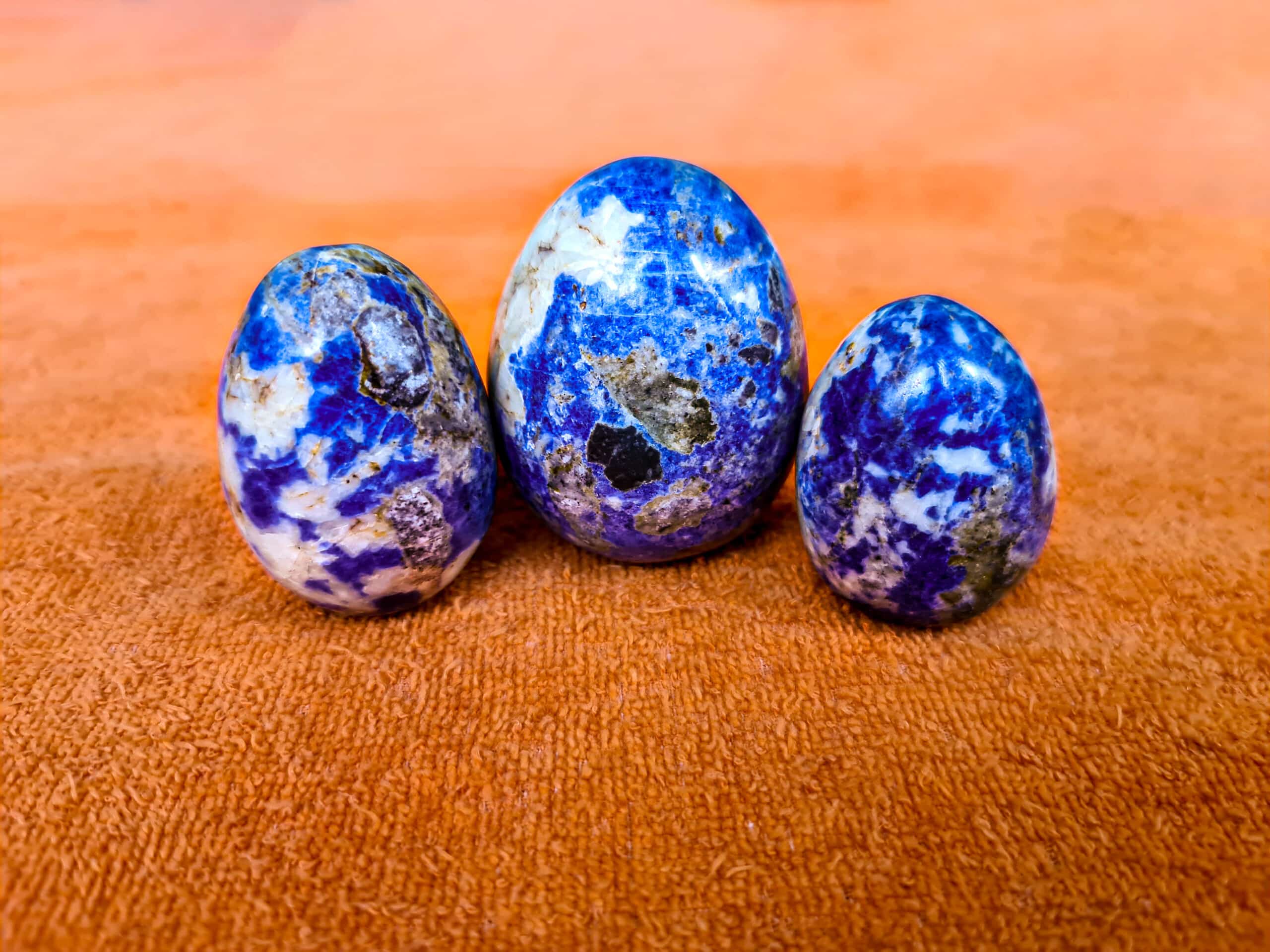 Where Should You Look for Agate?

When hunting for agates, a few factors must be kept in mind. Generally, you will want to search in areas where they have been found. But there are other things to keep in mind as well.

The appearance of the sea itself is also crucial – storms frequently expose rocks and minerals by removing large amounts of sand from beaches and altering topography. Areas, where erosion is occurring should be observed as well.

Frequently Asked Questions About Where to Find Agates

Where Is the Best Place to Find Agates?

Agates can be discovered on ocean and lake beaches, along road cuts, and in regions with exposed gravel. Agates are most commonly found on the Great Lakes shores, the Pacific Coast’s beaches, and in the deserts of many western states.

How Do You Identify Raw Agates?

Check the surface of the stone for pit marks. Agates sometimes form in igneous rock and are surrounded by softer rock that erodes, resulting in surface pitting. If you feel waxiness, this is a sign of an agate.

Where Can I Find Fire Agate?

Fire agate is a type of gemstone only found in specific areas in the desert. Nobody knows where it came from, but it is always seen near volcanoes. The site where people can discover fire agate is open to the public without any fees or permits.

Is It Legal to Take Rocks From the Beach in Washington State?

Rockhounds can collect small amounts of rocks on Bureau of Land Management land without paying. However, if someone wants to collect rocks to sell them, they need special permission from the bureau.